Mari’s Philosophy for the Last 30 Years

At 14 years old I had my first cigarette, I was instantly addicted and within a couple of years, I knew I wanted to stop smoking. I had hundreds of failed attempts until 15 years later when I found the method that I teach today. I went to the first class and I knew immediately that it was different. Every time I tried to stop smoking in the past, I was miserable. I did not believe the ads that I’d seen for this class that said, “you can stop smoking and feel good about it while you are doing it”, but I found out that it was true.

Not only was I able to successfully stop smoking but I’ve used the techniques that I have learned to avoid transferring my addiction to other substances or behaviors so I can live free of the confines of compulsion. Today, I help others do the same.

With the tools provided in the Beyond Compulsion program, people are able to tap into the actual neural pathway of compulsive desire and create a new outcome, efficiently facilitating health, happiness, and peace of mind.

Some topics included in the Beyond Compulsion intensive series classes:

Deprivation—A State of Mind, Not a Physical Reality

Willpower— How it Works Against You

The Dilemma— Opposing Desires That Refuse to Be Ignored

Compulsive vs. Spontaneous— The Drive Behind the Desire

Identifying the Players—The Rational Self, The Child Self, & The Addictive Part of the Mind

The Tornado—Stopping the Helplessness Spin

Mari’s film, 7 Misconceptions About the Obesity Epidemic, offers a fresh perspective on an issue that negatively affects our society on many levels. Watch it here:

Mari’s book, Beyond Food Compulsion, is a comprehensive manual on how to stop eating compulsively. This book is meant to supplement the Beyond Compulsion program, which the author (Mari Paulus) adapts to help people with all types of addictive behaviors, including food, gambling, smoking, alcohol and recreational drugs, spending, gaming, internet, and exercise. 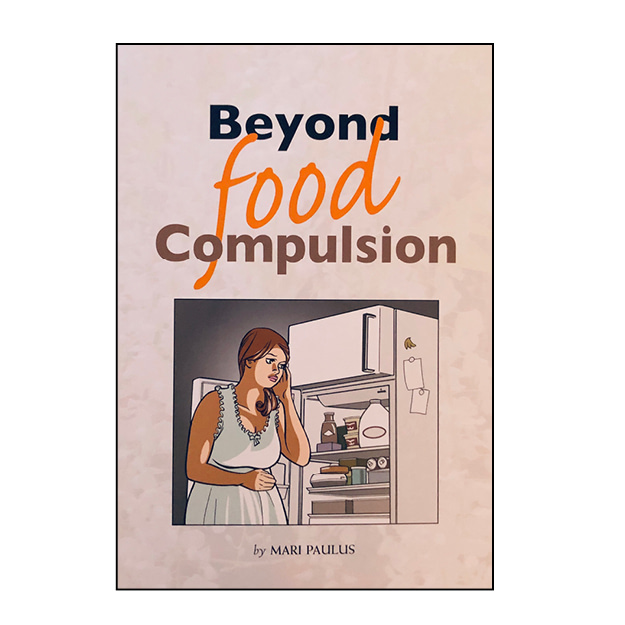